Today we're going to look at the final part of our 3-part series on Career Crossroads, and it’s all about making smart moves and how to think like a chief!

In Part 1 we spoke all about making sure you're aligned to your life and career vision, and that you've also aligned to the key criteria of an ideal job right now.  We started that process off by explaining how getting into the right headspace and getting away from the big city or your office and then work out what's right for you. Then in Part 2, we spoke about identifying the real problem and trying to answer the question, “Why are you feeling this way?” You should, therefore, be at the point where you should now be saying, “I know the next move. I've made my mind up. I'm either going to stay/go.”

A big mistake a lot of people make in this situation is that they immediately dive right into taking action, and often it results in you making a decision that you end up regretting. So we want to make smart, values-based moves instead and we want to do this like a real Chief!

Note: If you haven’t worked out what you’re doing yet, please go back to Part 2.

If you’ve chosen to stay, what we want to do is have some options and work out what some actions are to help us make that change happen. It might be a conversation with your boss. It might be a salary negotiation. It might be a discussion with a peer. It might be getting a team on board more, or to work out a way to lift the energy in the organisation. All we want is multiple options; we don't want to be stuck with just one particular thing.

Similarly, if you've decided you've had enough and want to go because there's too big a dealbreaker at play and you need a fresh start, you need to work out what would be the multiple kinds of roles you could go to. Don't just think about one role and be stuck on that being the perfect outcome because it won't be! Chances are, when you get into the new job, there will be problems again. What you want to have is two, or three, or four roles, perhaps in fairly different organisations, or even within the current organisation you’re in now, that would satisfy your ideal current role.

Once you've thought about some actions you can take in step 1, work out what the best moves you should take, and in what order.

Let's just say you've decided to go and you’ve reasoned that you could take on a job in a rival organisation at a similar level with hopefully a better culture and a better boss. Or you could switch industries, go to a whole new area, maybe re-educate yourself. Or you could change the role within your current organisation and look for a whole other area. However, you've also decided that, during that transition, you want to do some extra learning or something to increase your skillset. Making smart moves is all about the transition from where you are to where you want to be and how you can optimise that transition.

I know a lot of people now are doing these mini-breaks of careers – three or six months long. Mini-retirements if you like. So, if you're able to do stuff like that, think about the transition as an opportunity because you might only get a few opportunities like that in life. One of the worst things you can do is just quit on the spot! I know too many people who've told me stories that they’ve done that and then spent a lot of time on the sidelines, without a job, for one or two years. And these are high-quality people. This is particularly noteworthy as you progress to really senior roles as there are not that many jobs in those roles. And that’s not a problem you want.

This is the final principle I want you to consider. Great Chiefs become Chiefs by thinking like one before they actually become one. What this means is if you want to be a Chief, start thinking and acting like one right now. Great Chiefs have been doing it for years and years but with other role titles. This is a mindset and a way of operating every single day and every single week.

Righto Chief, that sums it up for the series on Career Crossroads.

Good luck, Merry Christmas and here’s to an epic 2020! 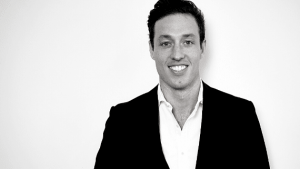 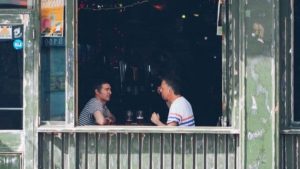 Having a Deeper Conversation with a Mate