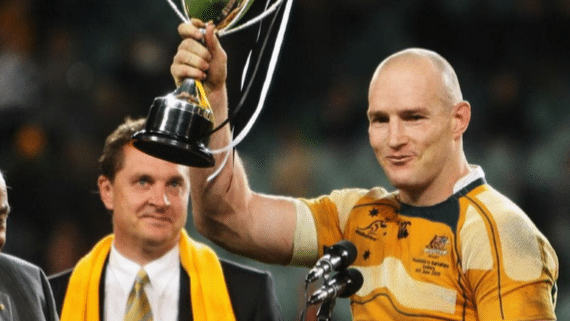 In this episode, we meet Stirling Mortlock, former Wallabies’ captain on going from amateur to professional, Rugby World Cup and connecting success.

Stirling is an Australian Rugby Legend and now a Partner at Unio Advisors.

In this episode, we talk about:

You can reach Stirlo via LinkedIn and his company’s website, Unio Advisors.

“And on the top of my page was to play for Australia. And then two years later Gordon called me up and said, ‘You’ve achieved your goals, time to set some new ones.”

On innovation in his rugby career

On the most valuable advice from a mentor

On connecting success with Unio Advisors

On the hardest lesson he learnt from rugby