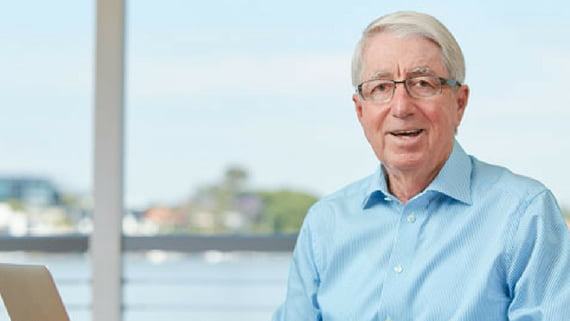 In this episode, we meet international bestselling author, finance and investment expert, radio broadcaster, newspaper columnist and public speaker, Noel Whittaker, one of the world’s foremost authorities on personal finance.

Noel reaches over seven million readers each week through his columns and broadcasts on over 50 radio stations. He is one of Australia’s most successful authors, with 20 bestselling books achieving total worldwide sales of more than two million copies. His first book, Making Money Made Simple, set sales records and was named in The 100 Most Influential Books of the Twentieth Century.

For 30 years, Noel was the Director of Whittaker Macnaught, one of Australia’s leading financial advisory companies, with more than two billion dollars under management.

In 2003, he was awarded the Australian Centenary Medal in recognition of his services to the financial services industry. In 2011 he was made a Member of the Order of Australia for service to the community in raising awareness of personal finance.

Noel shares a lifetime of wisdom and lessons learnt on personal finance, excellence and success. We focus on:

HOW YOU CAN SUPPORT NOEL WHITTAKER'S LEGACY: