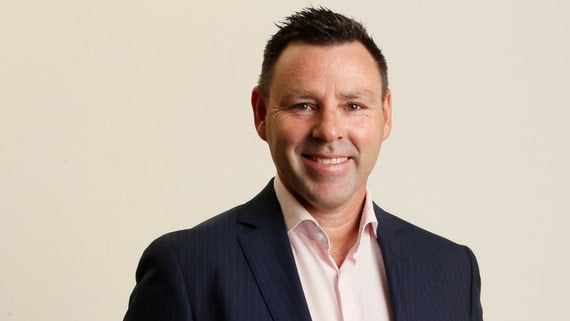 In this episode we hear from Super Rugby Club, the Melbourne Rebels CEO, Baden Stephenson.

Baden's path to CEO has been different to most as he transitions from coaching and operations and finally getting his first CEO role in 2017.

He was heavily involved as a GM of rugby in the drama of 2017 when the Melbourne Rebels battled to keep their super rugby licence. At the conclusion of, he was selected to lead the club into the future.

On what he learnt from his wife’s battle with cancer:

I think now when I'm dealing with people, I think it has certainly improved my emotional empathy for players and stuff, when they've got family issues, having gone through that experience myself.

On the Rebels almost being cut and what it was like being in the inner sanctum:

It was really tough. There's no way to sugarcoat it. It was highly emotional and highly stressful, and when you also throw in uncertainty … It's just a character or a feeling that no one likes, and I found that you had from players, the staff to management … that everyone deals with uncertainty in different ways, but it's not a nice thing to go through. And sometimes uncertainty might last a day or week, but this was odd going for months. I had players in tears in my office. I had wives and kids of players and staff that they're unstable relationships, and you know, do I enrol in school, do I take out a lease, what are we doing? What's the future hold?

On what he learned from elite sport:

I think what I have learned as a player, as a coach, administrator or management, is that it's not always gonna be a straight line, and you've gotta be flexible, and you're just gonna have to deal with the challenges and get back on the horse, and sometimes you get bucked off real hard, and … in a position that I'm in, if I don't show resilience, I can't expect everyone else to show resilience
That was something that I really learned and liked about Sydney University … that it didn't matter what year it was or who was in the team or how the club was going … but the expectations were very clear and high.

What he learnt from mentors:

When there was issues, he addressed them really quickly. He didn't let them manifest … He dealt with them, and he did it in a personal way.

Your emotions are contagious, and it's important that … if people are up, often people will follow, and likewise if they're down, and I think that we had just gone through such a long period of sort of dark clouds hanging over the club that you almost forget … And I would've been as guilty as anyone … you almost forget that you're in a privileged position. You're working in sport. You've got a huge opportunity, and you're around like-minded people, so …

I think that understanding your mindset and what sort of attitude you bring into the workplace every day is something that, I think we're all working on.

On the importance of making people feel valued:

Make sure that people feel valued in your organisation, and I think that, as we talked about before, sporting organisations can be quite brutal, but I think if you're going to get the best of them … if people feel valued, they'll go over and above for you, and be passionate and be really driven … if they're feeling valued.

CONNECT WITH THE MELBOURNE REBELS HERE.