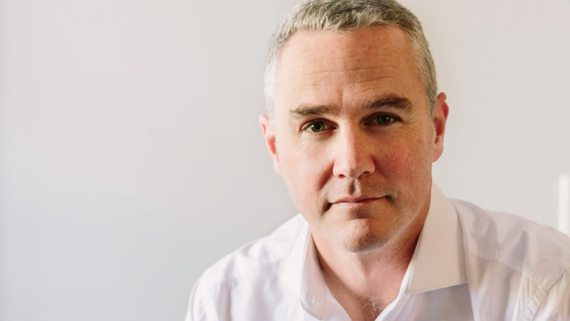 In today’s minisode, I want to help you regain control and shift the power dynamic in a professional relationship.

This topic is actually inspired by one of my clients, who was getting into some situations with a powerful stakeholder at work where he'd go into a meeting with them and he just wouldn't nail the meetings like he wanted to.

You might find yourself in a similar situation, where you’ve lost your flow, the other party seems to be owning the relationship and you just feel like they’ve got your measure. This could be a boss, a co-worker, an executive, but you just can't seem to get comfortable in front of them. Or maybe it's a client who is really demanding and you keep losing your control under pressure.

The good news, Chief, is that I’m about to show you how to regain and reset the power dynamic and your influence with complete integrity.

Taking ownership and stepping into the now

If you've never done this before, firstly, you need to ask yourself a simple question:

“In this relationship or situation, what percentage ownership do I have of its outcomes?”

Chief, it needs to be 100%. It's the only way to get the outcome you're after. You need to fully own and embody the outcome you are after and to bring your full power to a relationship.

Years ago, when I was in a leadership role, I had a few troubles with a powerful individual. Whenever I was in a meeting with him, I would lose my sense of confidence and fun. I would stutter a fair bit and would just give really poor answers.

Fast forward a few years to when I was being coached by a mentor and I was replaying the story like a video in my head. He said to me, “Greg, when you look at yourself in those meetings, what age did you feel?”

Interestingly, while I was 30 at the time, I looked and felt about 25 in the video. I was acting as though I was younger than I was. Isn’t it amazing how the mind can play tricks on you? So my coach said, “Now, let’s just see what happens if you first grow yourself back up to your actual age at the time. Then, grow yourself up to the age you are now.” I did, and all of a sudden I was more comfortable in my own skin. I was more confident in the moment.

As I replayed that video in my head again and again, it was almost as though the other person was above me on a much higher level. It was like I was looking up as if I had shrunk. That was because in my head I had created this image that I was less than them.

Own the quality of the interaction

Decide right there and then that, instead of them owning the quality of that relationship, you can back out and effectively disarm them. You might say something like, “Hey, I can see you're a bit under the pump and now might not be a good time for you, how about I come back later and we can have this conversation then?”

This does two things. When it's done with respect and empathy, it shows them that you are seeing them play up, but also that their behaviour is visible for everybody to see. Secondly, it's intimating to them that you’re not going to have that conversation while they're in that state.

Chief, you will immediately change the power dynamic. They were setting all the conditions for the conversation against you, but now you've flipped the script. You are starting to control how this plays out.

When you do get into the conversation or meeting with them, ask lots of specific questions that ask for greater context. What you'll find is often in these moments they can be really dominated by things like silence and things that are unsaid.

For example, if the leader says something like – “I really need you to go and do this project and it needs to be done by this particular time.” – you can very respectfully respond with, “Ok, great. I'm happy to do this project. Can you fill me in on the background or the context as to why this project right now is so important please? How does it fit, from a priority perspective, in relation to my other projects?”

These are very reasonable requests, but you are pushing the request back to them to give more information, more reasoning as to why things are going on, and to also provide the priority and to justify this particular project’s priority, which will potentially be over another. Often, the context is left out at a lot of these meetings. Things aren't explained as well as they should be. But that is what you are after. Remember, it’s because you care and want the best outcome for the business and specifically, for them, and you want to make sure you can nail it and build your track record.

Also, before you go into these meetings, get your mindset right. Chief, too many people are dominated in their mind by a sense of fear of all the things that could possibly go wrong. That’s no way to take control. Do not go into that room with any fear. What is actually the worst thing that could happen? The reality is that nothing could really go so horribly wrong. But if it did, it’s probably time to leave the job anyway.

So Chief, I hope that helps you reclaim some of your personal power and influence in meetings and bring a relationship back to a level playing field. And importantly, you’re not looking to create a scenario where you are dominant over them; you're trying to create a way to get to a point where everybody is thriving. That is what a true Chief does, shift the dynamic 1% at a time. You don't need to flip these people in one big meeting. Over time those percentages will compound, and before you know it, the most stressful person, the most stressful relationship you have at work, will now be one of the best.