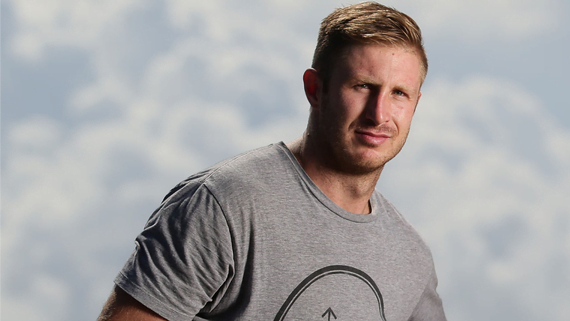 # 263
Casey Lyons
Co-Founder & CEO, LIVIN
The rollercoaster of grief, being not weak to speak, practising self-care
Subscribe on Apple Podcasts

In this episode of The Inner Chief podcast, we speak to Casey Lyons, Co-Founder and CEO of LIVIN, on the rollercoaster of grief, being not weak to speak, practising self-care.

In this episode I get to hang out with an unsung hero.

He's one of those humans that goes about every day making a difference in other people's lives, yet there's no fanfare, no cheers, to him it's getting on with the job, a role he stepped into with the death of his best mate Dwayne Lally to suicide nearly a decade ago.

Casey is the CEO and Co-Founder of LIVIN, an Australian registered charity that has been on a mission since 2013 for the world to accept that “It Ain't Weak to Speak.”

Dwayne's death was the catalyst for Casey to start LIVIN as he didn't want other friends and family to go through what Dwayne and his family were going through.

LIVIN is breaking the stigma of mental health and getting people talking about how they are feeling, making mental health part of the everyday conversation.

You can connect with Casey via LinkedIn.

“Suicide is the leading cause of death between the ages of 15 and 44 in Australia. We lose 9 people every single day, 7 of whom are male. Indigenous Australians have the highest suicide rate in the world. For every completed suicide, there's another 20 attempts. And for a country like Australia, this just should not be happening.”

On losing his best mate

On riding the grief rollercoaster

On the suicide statistics

On having a conversation with a struggling friend

On being a good neighbour

On his favourite interview question