The World’s #1 Authority on Trust-Based Selling

Trust and influence, eliminating resistance and being a sales magnet not chaser

Trust and influence, eliminating resistance and being a sales magnet not chaser

In this episode, we meet  Ari Galper, the World’s #1 Authority on Trust-Based Selling.

Ari is one the most expensive sales growth advisors in the world. He is the creator of Unlock The Game®, a completely revolutionary sales approach and has clients in over 35 countries.

He has a Masters Degree in Instructional Design and is a practitioner of Aikido, a special martial art that diffuses conflict between two parties.

He is based in Sydney, Australia with his wife Michelle and their two sons and daughter.

You can reach Ari in the following ways:

Thanks to Perry Marshall for recommending Ari.

On starting with building trust, not pushing for a sale

On doing your research

On the biggest lesson in his career

On a better set of sales KPIs

On how to jump to the next level in your career

On recovering a lost sale – “the magic response”

Look, I’m not calling to move things forward at all.

I’m just calling to first of all apologise. I hadn’t heard back from you for a few weeks so it’s probably me. I may have dropped the ball, I may have missed something, maybe I chased you too hard. I just want to apologise for whatever I may have done that didn’t have you call me back.

And look, I’m only calling for one reason, and that is for some feedback to improve myself in the event there are a few opportunities with other people, so I can become a better person. Would you be open to that feedback to me?”

Final message of wisdom and hope 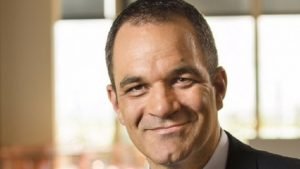