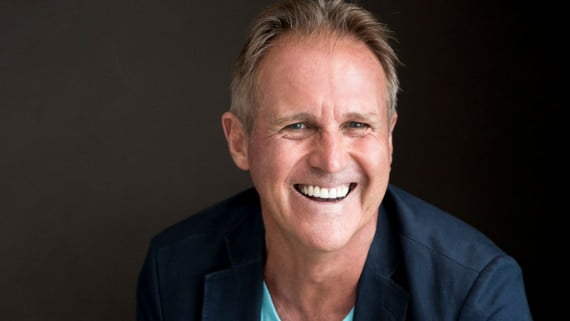 In this episode we hear from CEO and authority guru Steve Brossman.

Steve is a former National Professional Track Champion and is the Author of two Amazon No.1 Best Sellers ‘Stand Up, Stand Out or Stand Aside’ and ‘The Authority Client Attraction System”.

He has created several 6 and 7 figure businesses of his own, including inventing and marketing an environmental product selling 4 million units into 26 Countries.

With over 20 years TV and video experience including hosting and producing his own TV Show on Ch 9 and appearing on TV in 5 Continents he is one of Australia’s most experienced Video presenter trainers.

Steve has spoken in 15 countries and trained over 32,000 Speakers, Coaches and Business Owners to Stand out in their market.

Recognised as real influencers Pam and Steve were invited to a high-level mastermind with Richard Branson on his own Necker Island.

With a desire to help professionals overcome their fear of selling Steve has created the Blueprint Conversion System. This breakthrough program is changing the way professionals market and sell their services.

HOW TO CONNECT WITH STEVE BROSSMAN: